By: Peter Nestler
In: Show Experiences 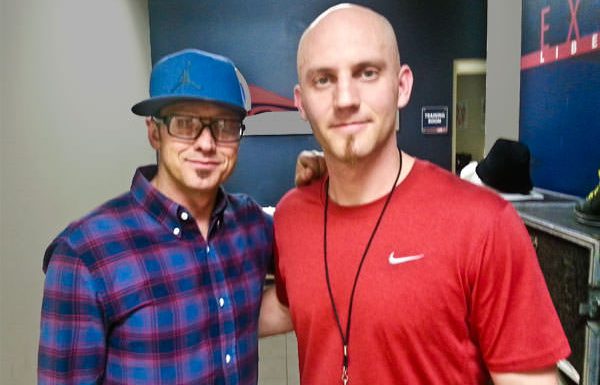 About a week ago I performed at Winterfest in the Vines center at Liberty University (beautiful christian college in the hills). My show was between some different bands/performers. It started with a local rapper, Jamie Grace, Royal Tailor then I headed out for a 25 minute show before Kutless and Toby Mac finished off the night. You never know what will happen when you travel, this trip I had a fun case of mistaken identity.

After I finished up my set I headed back to the food room to get something to eat. I sat down and started chatting with a couple of folks when a lady came in and said ‘Hi!’. She then proceeded to tell me that her sister went to college with me here at Liberty and she was looking forward to telling her that she met me. I sat there a little confused and told her that I didn’t go to college at Liberty. She stared at me for a second then said that her sister was probably just making something up, but that I did know her. We kept talking and the further the conversation went, the more confused I was.

Generally when talking to someone, you find that after a while the light bulb eventually clicks on in your head and you know what they’re talking about. I’ve had many conversations with people I’ve met in the past who I sadly forgot, but after a few minutes it finally comes back to me. This wasn’t one of those conversations. The longer it went, the more lost I was. I’ve developed an ability over the years to talk to anyone about anything, so I just kept going, but couldn’t place this woman’s sister. After a while she said that she’d let me get back to my food. It was great meeting me and what an honor it was. Right before she turned she said something along the lines of ‘Bye Toby’. I finally got it.

I hate to break it to you, but I’m not Toby, my name is Peter, I just did the jump rope demo. She stared at me for a second then she turned beet red and apologized profusely. Turns out she thought I was Toby Mac. Maybe her sister did go to college with him, I really don’t know that much about his history. It was a funny conversation that I don’t think I’ll forget anytime soon. She had watched my show and said she and her kids really liked it, but for some reason really thought I was Toby. Turns out I’m a little tall to be his twin, oh well.

Comments are closed, but trackbacks and pingbacks are open.

Peter Nestler recently conducted a program for the children in our church and I enthusiastically recommend him to others who work with kids. The first thing you will notice is Peter's ability to capture and maintain the interest, heart and imagination of the audience. Next, you will be amazed at his skills. The kids (and adults) will be on the edge of their seats as he does things that defy logic. Finally, you will appreciate his authentic, humble spirit as he teaches the kids what it means to be truly great and inspires them to be champions. As soon as the program was done, kids began asking me when Peter can come back. I hope it will be soon!